The Story of Teacup

Teacup was small kitten of 14 weeks that was failing to thrive. Her vet in Surrey examined her and diagnosed Pectus excavatum, a serious congenital chest deformity. You can perhaps see the strange shape of her chest in the photo below. 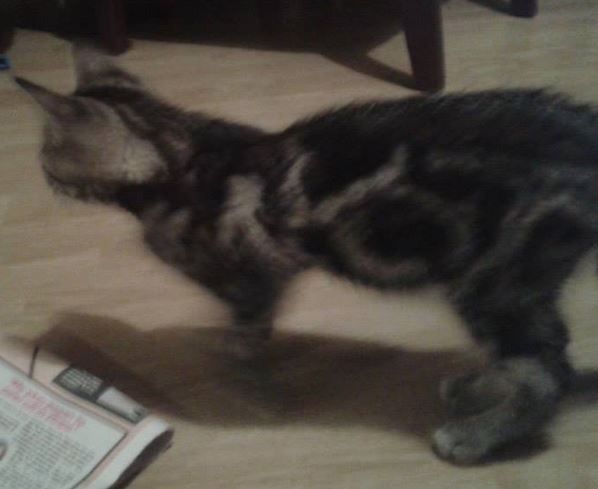 Teacup's owners wanted everything done possible to help her. So, their Vet contacted the Eastcott Vets Referral team and she was booked in to see Tim Charlesworth who is researching how best to treat the condition. It was understandably a very worrying time for Teacup's owners who could only hope that Tim could operate on Teacup and successfully correct the deformity. 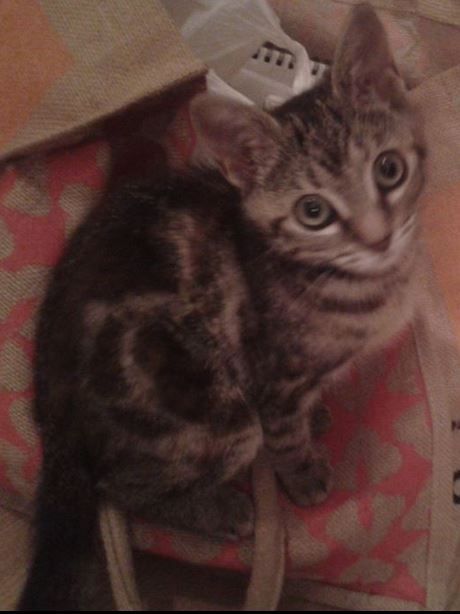 "Teacup has no idea what tomorrow will bring....very worried for her and her big operation" (Teacup's owner) 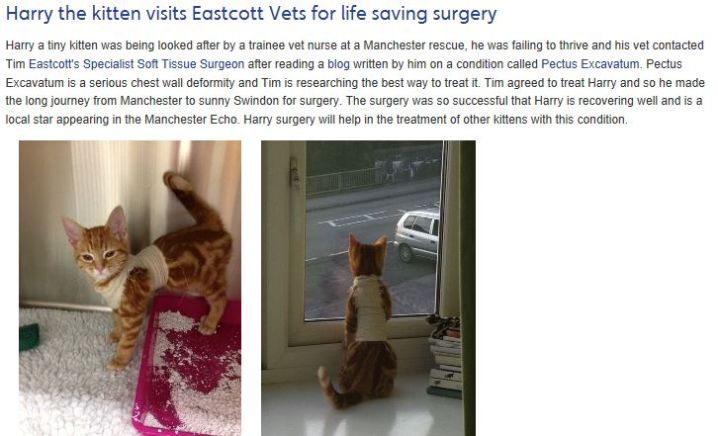 "Teacup has made it through surgery and has the most severe case of her condition the vet has ever seen. She only had a 3mm gap between her spine and her curved inwards breastbone - for all of the blood vessels and some of her lungs to fit in! The next 24 hours are crucial as sometimes the lungs (which have been crushed for a while) can react badly and fill with fluid, which is fatal. Keeping my fingers crossed she will be OK and can bring her home tomorrow." (Teacup's owner).

She was carefully monitored throughout the night by Tim and the Nursing team.

Tim was pleased with how the surgery had gone and with Teacup's recovery. He sent her home sporting a fetching blue body cast the following day. 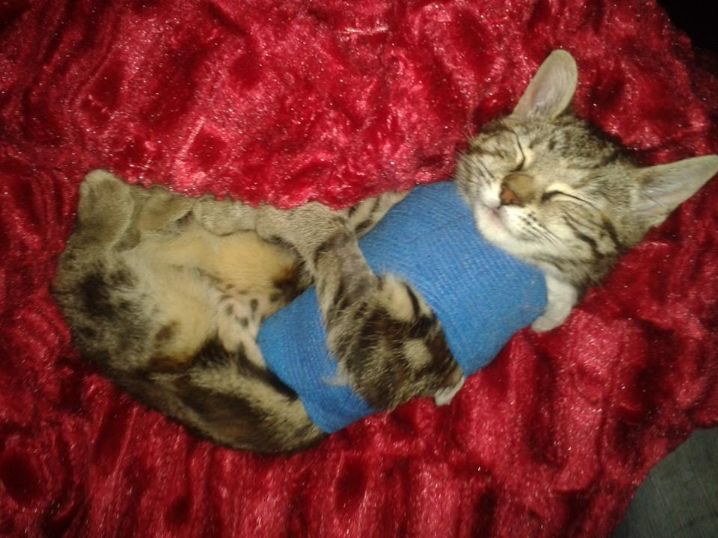 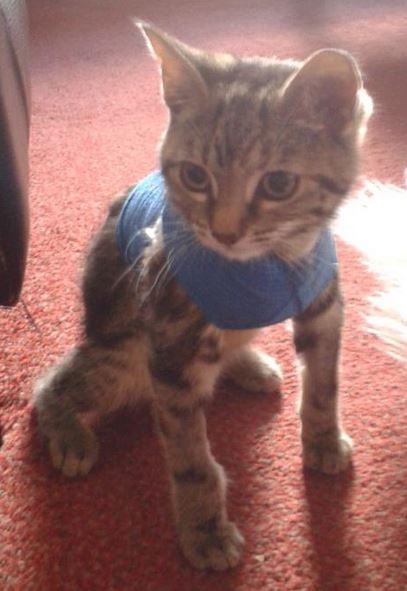 "She is falling over because of the cast but it will take a few days for her to be able to walk properly. Poor Teacup. But we have saved her life!" (Teacup's owner)

Teacup was uncomfortable and took a few days to get used to the special cast. However she was pleased to be  home and  soon started to pick. Her owners gave her lots of TLC; hand feeding her, medicating her,giving her gentle physio and lots of attention and cuddles! 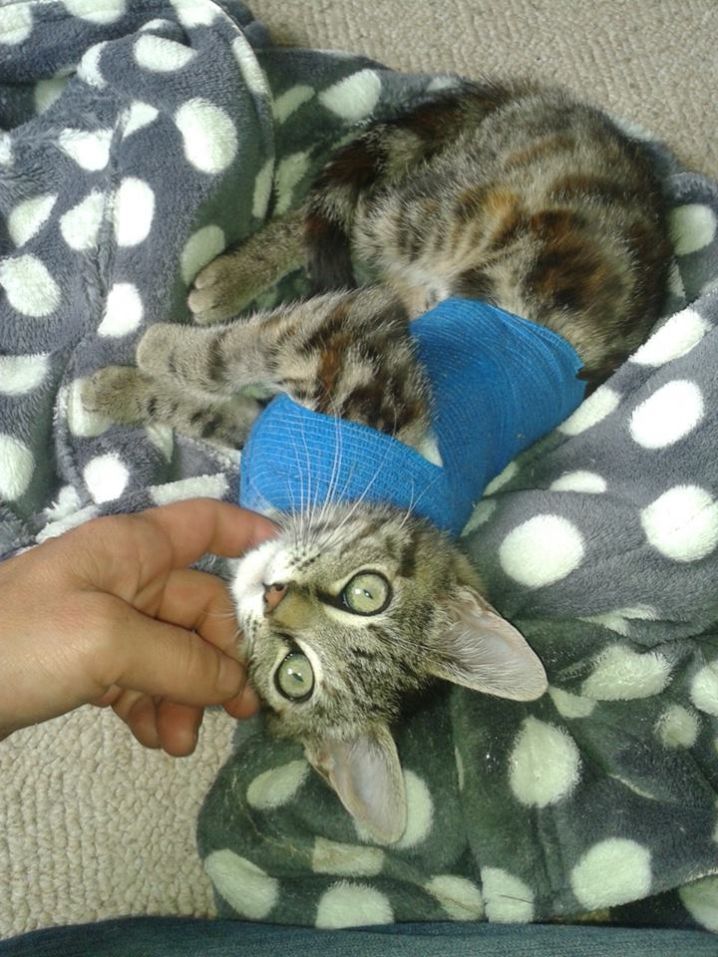 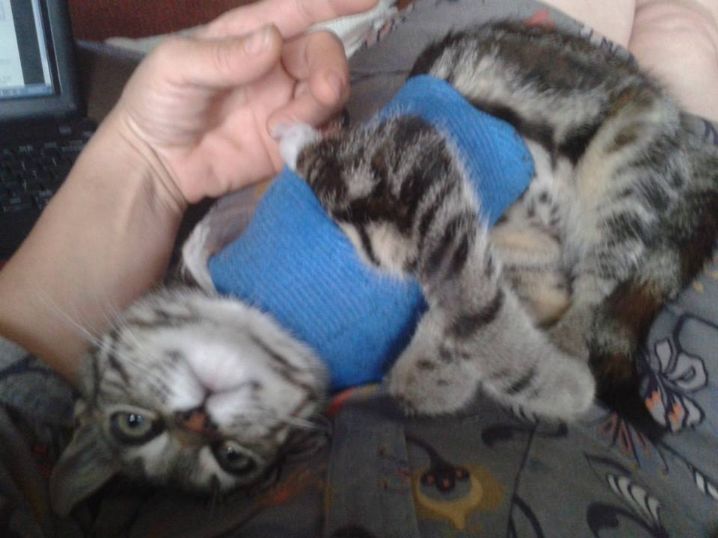 Here she is modeling the camo and the chicken designs which are apparently very fashionable this season! 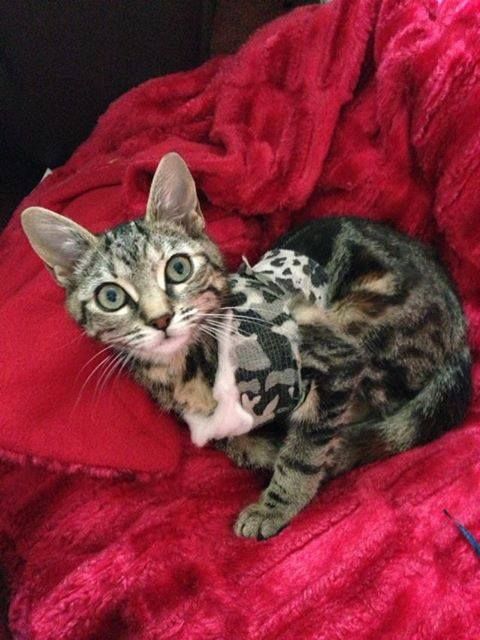 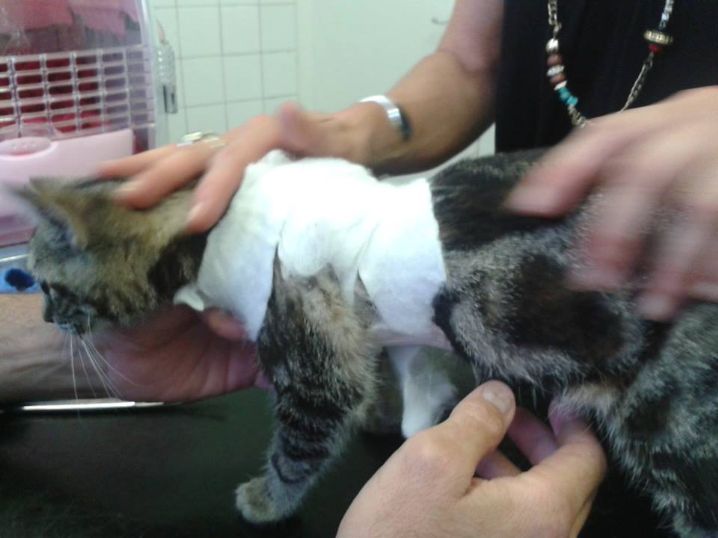 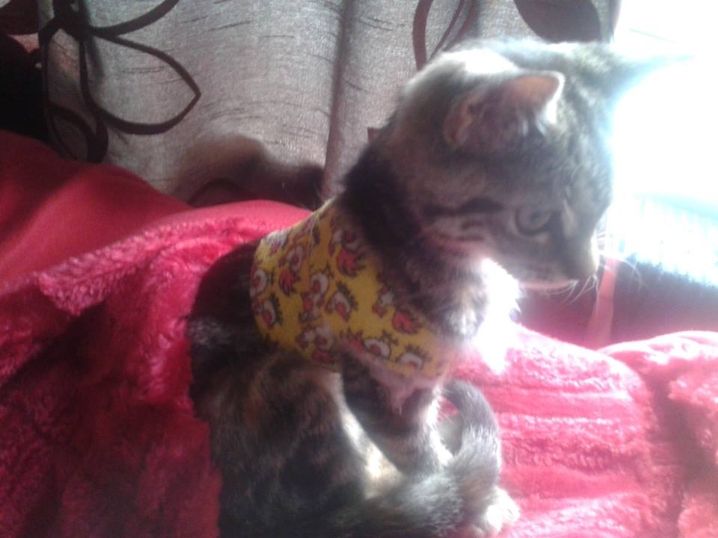 "..has her post op check up at our local vets....she's the talk of animal town...she is seeing 2 vets and 2 vet nurses...such is the fascination about the rare condition and amazing operation! An audience with Teacup! Lol!" (Teacup's owner)

The cast comes off

Teacup starts to grow and thrive over the weeks until finally....the cast came off. 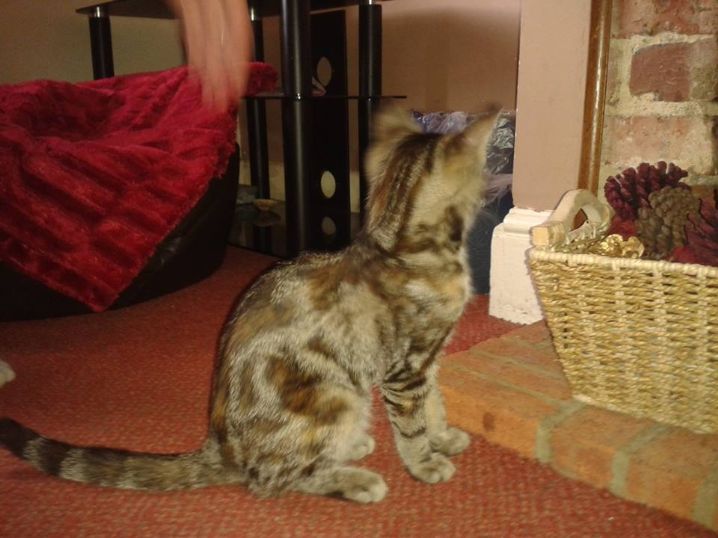 and....look at Teacup now! What a beautiful cat she has grown into. She was spayed recently as is enjoying life!

Thank you to Thea, Teacup's devoted owner for sending us the photographs and for allowing us access to your Facebook diary. 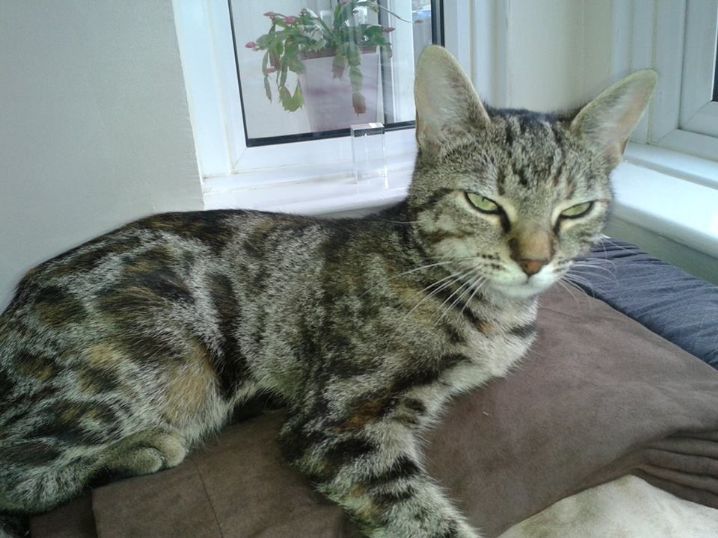 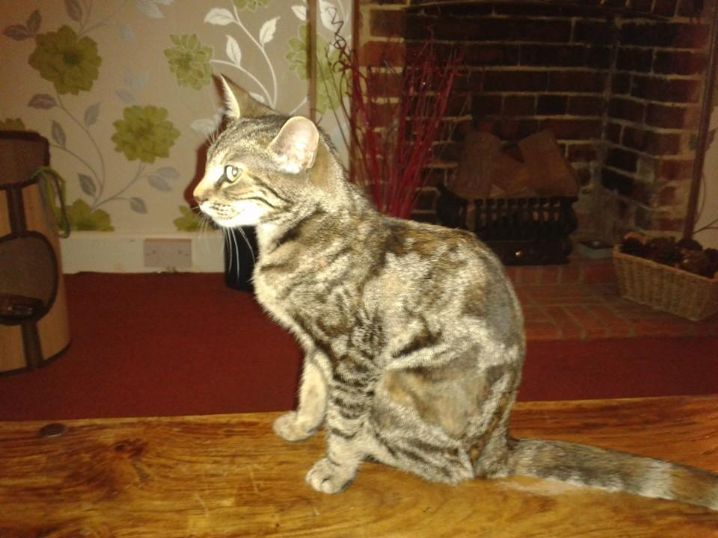 Teacup's surgery and recovery will help Tim continuing research into how best to treat this congenital deformity.