Edgar the tiny kitten rescued by a good Samaritan

This tiny little man was bought in to us when he was about 4 days old. He was found by someone who heard him in their garden crying for food, with no sign of his mother. His eyes were still tightly closed and he was so poorly that he was cold and covered in fly eggs. His good Samaritan scooped him up and rushed him down to us. The nurses warmed him, cleaned him up and gave him the vital feed that he needed. He responded quickly and was duly named Edgar. Being so young and with no mother to feed him the nurses fed Edgar around the clock. Their sleepless nights have been rewarded by seeing Edgar thrive. His eyes have opened and Edgar has now quadrupled in size! He is even starting to take some solid food. 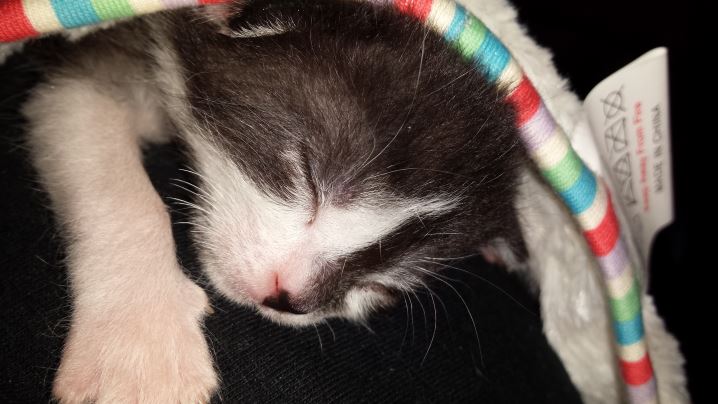 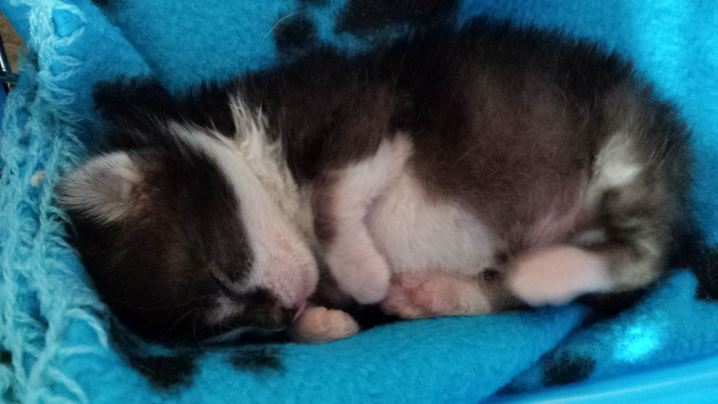