Can you judge a cat by it's colour?

In a study published in the Journal of Applied Animal Welfare Science, experts used an online survey to test a common assumptionthat tortoiseshell cats are more fiery tempered that other coloured cats. The survey used results from 1,274 cat owners. They responded to a questionnaire which asked them to list the frequency and degree of their cat’s aggressive behaviour during everyday interactions, when handled and when taken to the vets. The answers gave each cat a rating on an aggression scale. The scientists felt that the results confirmed that tortoiseshells along with black and white and grey and white cats were more frequently aggressive. The study also found that black and white cats were particularly aggressive when handled; grey and white cats had a ‘hissy fit’ when they visited a vet, and the torties were recorded as more stroppy in everyday interactions with humans.

Cat owners, does this ring true in your opinion?

This is what you told us: 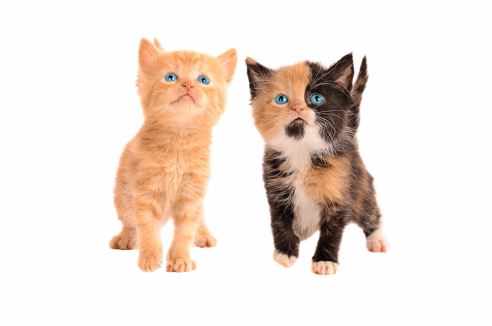 I’ve got two black and white ( brother and sister) Mong the Tom has always been a delight – but we had him from 7 weeks – not even properly weaned so he spent his first few weeks either in a pocket or curled up in the hood of my dressing gown. Loved cherished and constantly accompanied.

His sister Missey went to a family with older cats and children and suffered accordingly and she is still not very social ( except with us) – she also raids nests and at 14 still knocks the hell out of toys – we often say if she was human she’d be subject to restraining orders.  Not much help to your survey but I’d put my money on environmental factors and gender more than just colour. from Ashley Pearce

I have two cats, one black and white and one tortie. Regular visits to vets for injections are tolerated reasonably well with no hissy fits. However when Amber (my tortie) went in for a scrape and polish she wasn't a happy moggie. The nurse suggested that I might want to transfer her to the cage to take her home when picking her up.