Harry a tiny kitten was being looked after by a trainee vet nurse at a Manchester rescue, he was failing to thrive and his vet contacted Tim Eastcott's Specialist Soft Tissue Surgeon after reading a blog written by him on a condition called Pectus Excavatum. Pectus Excavatum is a serious chest wall deformity and Tim is researching the best way to treat it. Tim agreed to treat Harry and so he made the long journey from Manchester to sunny Swindon for surgery. The surgery was so successful that Harry is recovering well and is a local star appearing in the Manchester Echo. Harry surgery will help in the treatment of other kittens with this condition. 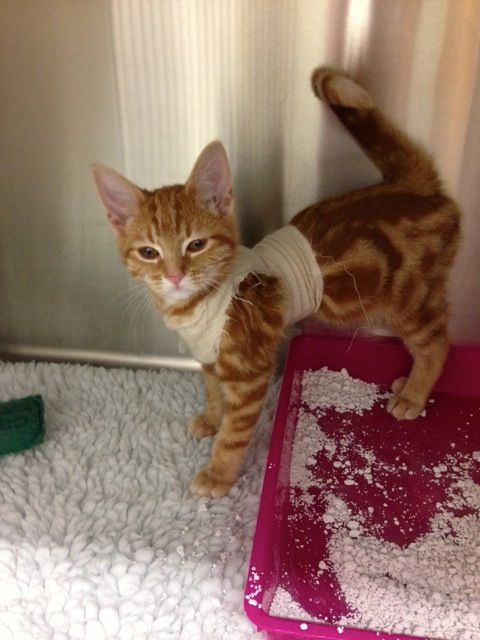 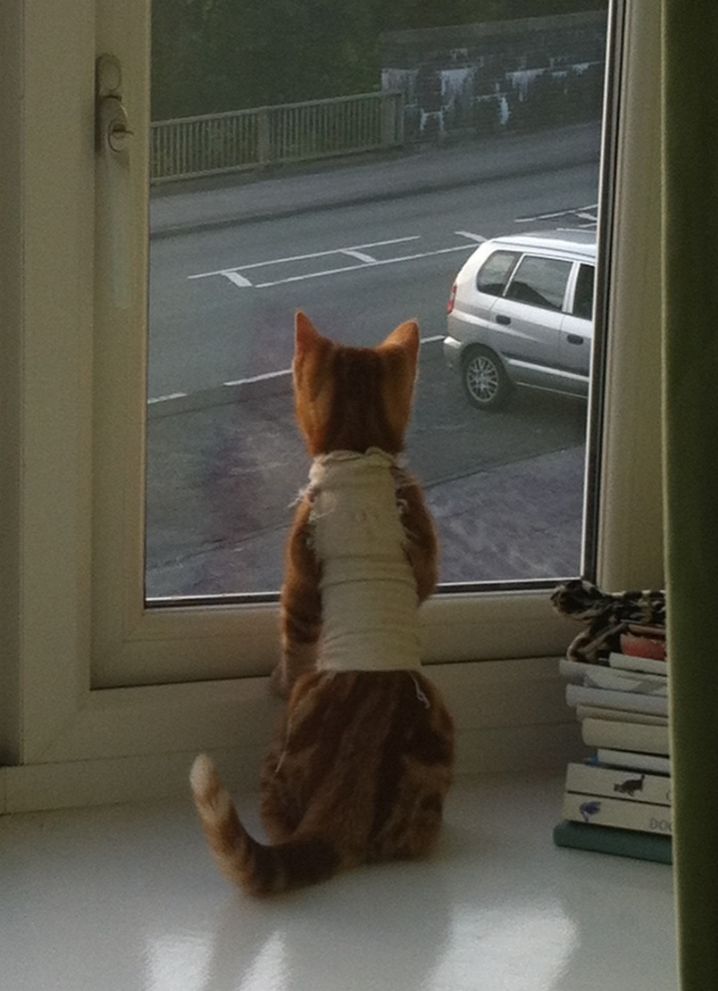 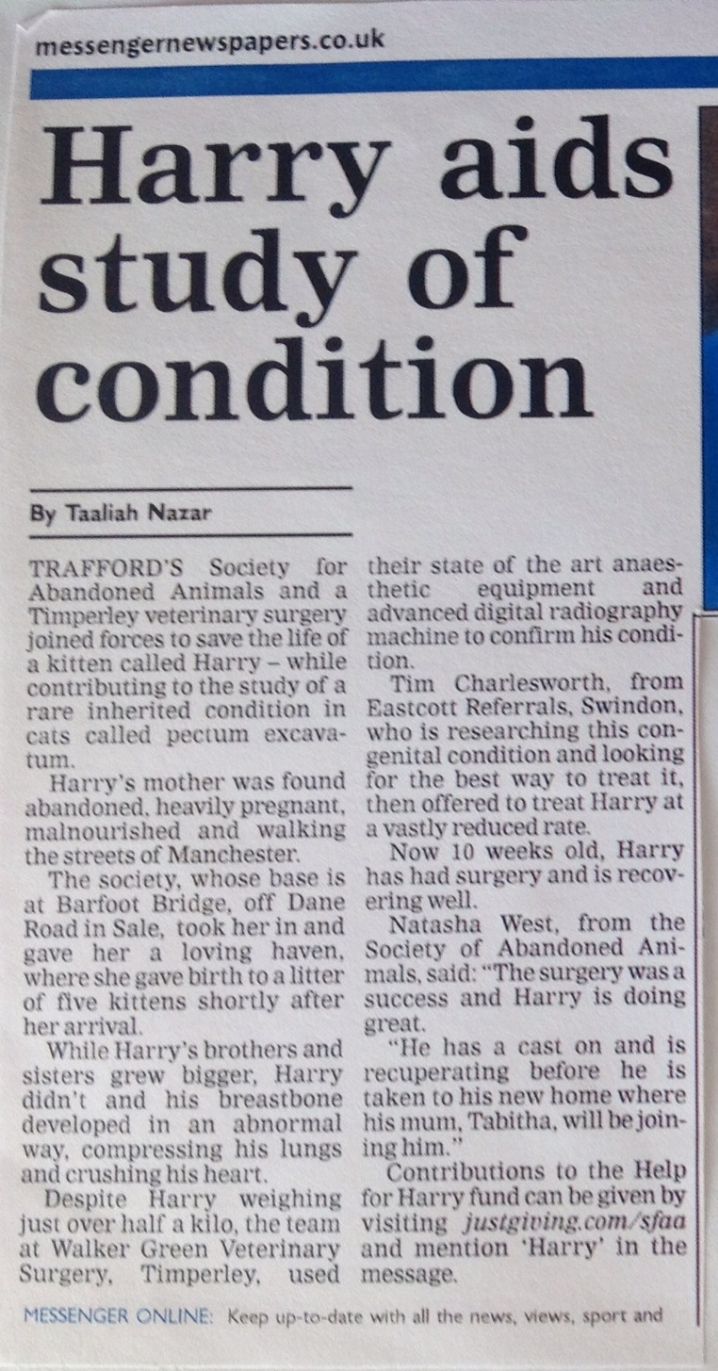 Harry's Manchester vet said: "he is doing really well, and that his recent x-rays looked excellent  :-)...
His owner says he is bombing around and the nurses say he was on top form when he was in for his cast off".